In working with social change groups I often find myself reviewing campaign messages before they are public. Crafting messages gets tricky in social change situations, where we’re communicating about complex issues, but our messages still need to be effective in winning people over quickly.

The Curse of Knowledge limits our ability to communicate our ideas because we forget what it’s like to be hearing about our issue for the first time. We skip over elements that are simple or basic, even though the listener needs simplicity. We don’t give the reader or listener something they can grab on to, or a clear emotional context. We have not created a way to make our ideas stick in their minds, and our messages aren’t effective.

The Heath brothers do a great job explaining the Curse of Knowledge in their 2007 book, Made to Stick. They write about how to break the curse by making an idea “sticky,” or memorable for the listener. They’ve developed their SUCCESs model as a guide to six points to effectively communicating an idea and make it “sticky.” Each of the letters in SUCCESs conveys an element of communicating sticky ideas:

Simple: Get rid of anything that the listener absolutely doesn’t need to know. Resist the urge to “say it all.”

Unexpected: Look for ways to generate interest and curiosity. When we are communicating for social change, we have an advantage because we are often offering an uncommon perspective on an issue.

Concrete: Make sure that the listener can form a picture in their heads of something specific, something they can name or hold in their minds.

Credible: Our messengers have to be able to convey that they are the person we should be listening to. This is a tricky part of social change communications, since we are often working with leaders or representatives who people have been trained to doubt (for example, undocumented immigrants). This doesn’t mean we need to change who presents the information (and we can often use this as a chance to present our ideas in an unexpected way). But–think about how to make your messenger credible to your listeners.

Emotional: Identify an emotion tied to the issue and invoke it. As social change communicators, we often want to avoid invoking emotions like fear, but that doesn’t mean we should avoid emotion altogether. It means that we should choose the emotions we want to invoke.

Stories: At our core, the social change ideas we are promoting are about changing people’s lives. Use stories to help people understand how the position you’re taking will affect real people, by showing how it has already affected real people.

If you have a small amount of time and want to learn more about this, the Heath brothers’ book, Made to Stick, is a quick read and gives numerous examples of “sticky” ideas that you can learn from. The authors draw on a mix of urban legends (including a racist one), corporate brands, and JFK’s famous vision for “an American on the moon” to explain their points.

If you have an even smaller amount of time and want to grab some excellent primers on how to make an idea sticky, the Made to Stick website has great resources including short podcasts, printable materials, and excerpts from the book.

There are also many great and useful reviews of Made to Stick on the web, and some great stories available from when the authors were promoting the book. Here’s an NPR story with a quick demonstration of Elizabeth Newton’s 1990 research on the curse of knowledge.

The bottom line: the Heath Brothers’ SUCCESs model is a great way of thinking about how to effectively communicate your group’s ideas. Whether it’s about trade issues, anti-gentrification or any other social change issue, thinking about your messages from an audience’s perspective and how to make the ideas “sticky” for them can help you break the curse and win people over. 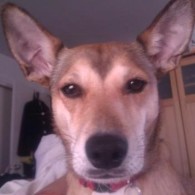